First things first. If you are reading this and struggling with alcoholism please know that there are people that love you. You are NOT alone. You are not a fuck up or a loser. If you’re ready for help, it’s ready for you. 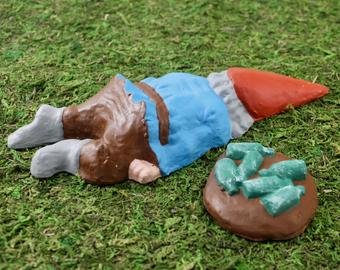 You could feel the mood in the room change. The light jovial banter turned into slurred rebuttals. What was a joke, became an insult. Silences weren’t comfortable any longer or a reason to grab another slice of pizza. Silences became the time to reload… the insults and the alcohol.

The nights that my Aunt A would make appearances were usually the most volatile. Chemical imbalances have a way making even the obvious outcome surprising and scary.

When she was in a good mood she would have 1/2 a beer and you knew for a fucking FACT that shit was gonna get real. If she was in a bad mood she would just walk in and out of the kitchen at odd times for peculiar reasons. She would engage the others in the strangest ways trying to ignite the fuse that was attached to the bomb that they were making out of suppressed emotions and alcohol. On the nights she drank too, every word was a strike of a match head.

Inevitably a fight would break out, this was always true, whether my Aunt A was there or not. Naturally you might think it was the drunkest person who fired the first shot. In reality it was rarely the first bullet fired but rather the first percieved wound that set things in motion i.e. jokes were jokes until they weren’t.

My dad was well-known for enlisting his sharp tongue to dole out obtuse slanders in his slobbery, spitting, drunken stupors. Somehow the intent was clear even if the point was not.

The fights ranged from minor bickering to my grandma about 6 inches away from my Aunt’s back with scissors. My cousin and I watched that particular incedent from 15 feet away. Nothing says TGIF like attempted murder.

These fight-nights make for the most interesting stories. I have enough of them to fill a few chapters. In reality these times had much less of an impact on me as the other stuff that came from my family’s alcoholism and neglect.

The way my dad smelled for instance. When we would go out to a nice dinner he would get showered and shaved. He used barbasol shave cream, Colgate tooth paste, and old spice aftershave. It was such an amazing contrast from his other smell which was cigarettes. You could smell cigarettes on his breath, in his hair, and his clothes which were completely saturated in it. On those nights though he’d put on freshly washed clothes, clothes that he hadn’t been drinking and smoking in all week. It was a rebirth and you could almost see the potential for a real man to emerge. When I closed my eyes I could imagine it; a man who took pride in his appearance, a man that might be charming. By the time I opened them back up though he’d have lit the next cigarette.

There was also the way my Father smelled after working outside. Granted he was working on my grandparents house as a sort of indentured servant but he actually did a really great job. He would come inside to grab another beer and the smell of the dirt, flowers, and fertilizer would over power his other smell of skunky Molson. He was always somewhere between starting to smell like beer and having not washed the smell off from the night before. I remember the smell of beer on his breath when he would want to hug me goodnight and the putred smell of beer on his breath in the morning. However, in those moments, when he came in from outside you could almost see a man with talent who had worked hard with the dirt under his finger nails to prove it. He had the look of a man who just accomplished something. Unfortunately the pride he exuded when he used phrases like “my garden” or “my flowers” always seemed misplaced. But when I closed my eyes I could imagine what it might be like to be proud of him. By the time I opened them though he had already tilted the next Molson.

Then there was his old van that I mention in a previous post. It had enough stale smoke on the windows to block out natural light. The film was so thick that everything seen though them looked distorted and yellow. There was one stint during the winter, where he worked in my grandpa’s shop, when he had been trying to pull it together. I would have to wake up with him in the morning so he could take me back home before work. This was well before remote start and so his old van would be literally freezing. We would get in the van and for about 10 minutes the cold deadened every smell except his hot folgers coffee and the oil they used at the shop that permeated his work clothes. I would close my eyes and even though it was freezing and 5am I could imagine a man working hard to support himself and his son. My dad “sober” on his way to work, a cold work van, and hot coffee. Once the van started to warm up though I would re-open my eyes and the familiar smell of cigarettes would reclaim its rightful spot and I could see my dad again as the hungover addict he was.

But even all of that is just details. The meat and the potatoes was the abandonment. The longing for a father. The inherent need for a young boy to have a man to show him how to be a man. I didnt need him to be perfect. I just needed him to choose me over beer. It took me a long time to realize that he wasn’t choosing his big Indian drinking buddy over me. He wasnt making a choice at all. In the grips of alcoholism he was powerless.

I was left, woefully unprepared, trying to learn the right way by watching the wrong way. My mom, to her credit, didn’t sugar coat the happenings in that house. She put a name to it as soon as she knew I saw it. She put a name to the sickness, alcoholism, well before I knew I was at risk for it also. I knew my dad was an alcoholic before most kids knew their parents had first names.

But then she married another one… to be continued in another ppst. “Alcholism, The Step-Dad Addition”

Lets start with; Im "normal". Im a husband, a dad, a working professional, with a college degree in yada yada yada. I have a good life and Im proud of where I am... especially considering that I have been through some absolute fuckery. The tone taken in this blog is tongue and cheek. Im claiming to be more fucked up than you not to compete with you but as a call to action; Lets acknowledge that fucked up things happen but also that good can come of these things as well. View all posts by Moref'd

Join 29 other subscribers
Follow More Fucked Up Than You on WordPress.com